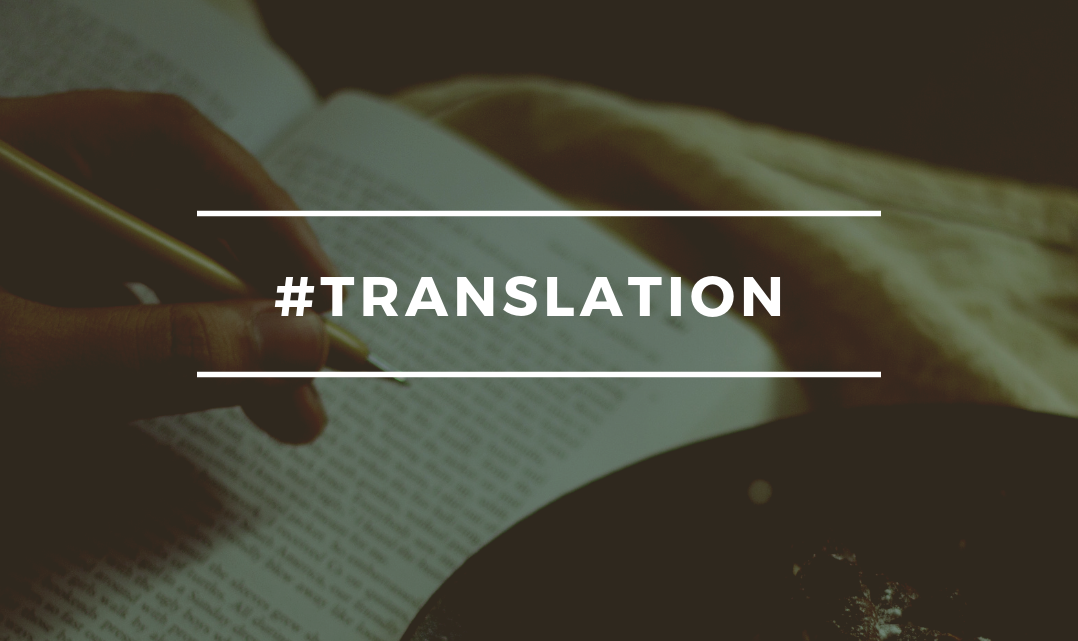 Thanks to translators, interpreters and terminologists, people around the world can preserve their cultural heritage while participating actively in the global village’s live.

Circulation of knowledge, promotion of literature, scientific discoveries, trade and cultural exchanges would be impossible without translation.

In this paper the author analyses the translation as a universal human activity, as a response to a necessity of an act of meta-communication and speaks about language and culture, two inseparable notions in investigating the translation processes. The article is entirely devoted to the concept of ‘languaculture’, a term coined by Michael Agar in order to describe the essential tie between language and culture. Disparate opinions of different scientists are confronted: language and culture seen as inseparable/separated phenomena. The author insists on the inseparability of these concepts and describes the three dimensions of languaculture, proposed by K. Risager: the semantic and pragmatic potential, the poetic potential and the identity potential.

No sphere of human activity can grow without translation. In an interdependent world like ours, translation has become a channel of communication between heterogeneous cultures. Translation arises not only as a way of access to a new knowledge, but also as a social actant which influences cultures and societies. During the time, it has acquired numerous important and controversial meanings. The verb to translate emerged in 1539, one year before the appearance of the noun translation, used for the first time by the French scholar Etienne Dolet (1540). As Inês Oseki-Dépré mentions in Théories et pratiques de la traduction littéraire, the etymology of the word translation is discussable. We don’t know exactly if it comes from the Latin traducĕre or from the Italian tradurre, because the practice of translating the Classics was widespread in Italy. Before this term, the an-cient French knew the word translater, derived from the Latin translatio and kept in English (Oseki-Dépré 12). To translate means to render a text from one language into another. This simplistic definition is based on the notions of shift and movement, which are reflected in the definition proposed by J. P. Vinay and J. Darbelnet, when they say that the translation constitutes “the passage from language A to language B, to express the same reality X” (20).

At first glance, it is clear that this etymological conception of translation emphasizes the importance of languages ​​involved in an intercultural activity.

Jean-René Ladmiral, in his turn, sees the translation as a universal human activity, necessary in any epoch and in all parts of the globe: « une activité humaine universelle, rendue nécessaire à toutes les époques et dans toutes les parties du globe » (11). According to this definition, we can notice that translation is a response to a necessity of an act of meta-communication, capable to ensure the identity of speech through the difference of languages: « une opération de métacommunication assurant l’identité de la parole à travers la différence des langues » (Ibidem 223).

Lawrence Venuti considers the aim of translation is “To bring back a cultural other as the same, the recognizable, even the familiar; and this aim always risks a wholesale domestication of the foreign text, often in highly self-conscious projects, where translation serves an appropriation of foreign cultures for domestic agendas, cultural, economic, and political” (18). The Italian translation theorist is popular for introducing and analysing two basic translation strategies – domestication and foreignization, which provide both linguistic and cultural guidance. In Venuti’s view, the former refers to “an ethnocentric reduction of the foreign text to target-language cultural values, bring the author back home”, while the latter is “an ethnodeviant pressure on those (cultural) values to register the linguistic and cultural difference of the foreign text, sending the reader abroad” (Ibidem 20).

We think that translators should pay attention to linguistic aspects as well as to the cultural dimension of the context, because translation is not only an act of rendering a text from one language into another, but also an act of rendering a text from one culture into another. Language is a part of culture; it expresses a cultural identity and certain specificities of a people. To separate language from culture would mean to isolate it from history, art, traditions, beliefs, values and people’s patrimony. Language and culture are inseparable, because the language is “the heart within the body of culture” (Bassnett 13) and the culture is the product of interacting human minds. That’s why nowadays it’s better to operate with the concept of languaculture, a term more and more preferred by scientists, to define a language that includes not only elements such as grammar and vocabulary, but also past knowledge, local and cultural information, habits and behaviours. Schematically, the process of translation can be represented as follows:

Figure 1. Translation as passing a text from one languaculture to another

NB: * The term “Translation Arena” has been chosen here as it refers to arena as place or scene were events unfold, there is activity, debate, conflict etc. All these aspects are involved in translation between LC and LC.

The opinion of theorists regarding the concept that we have just mentioned are quite disparate. Karen Risager makes a very important and clear statement in her article Languaculture as a Key Concept in Language and Culture Teaching: “The relationship between language and culture may be viewed from two opposite angles. On the one hand language may be seen as closely associated with a culture: language and culture are seen as inseparable phenomena. On the other hand language may be seen as an instrument of communication that may be used with any subject and anywhere in the world: language and culture are seen as separated phenomena. The teaching of English as an international language is often accompanied by the second view.” (185). The author thinks that none of these positions is satisfying. Thus, translation as an intercultural phenomenon can be understood in many different ways. We consider that, from the perspective of translation studies, language should be conceptualised as an integrated part of society, culture and the psyche. Language is always cultural in some respect.

The translator must not find an equivalent only at the language level, but must equally reflect, in the best way, the cultural connotation of some elements or symbols present in his work. As Myriam Watthee-Delmotte and Catherine Mayaux state in the 4th issue of the International Revue Henry Bauchau, « le traducteur ne présente jamais un équivalent, mais toujours un autre texte qui est le sien, et qui tient compte des attentes et spécificités culturelles de son public-cible » (8) – “the translator never presents an equivalent, but another text which is his, and that takes into account the expectations and the cultural characteristics of the target audience” (our translation).

The concept of languaculture, to which this paper is devoted, is very useful in the construction of a new understanding of the relationship between language and culture in a globalised world.

We elaborated the following figure to elucidate the interconnection of the three dimensions of the languaculture, explained by K. Risager: 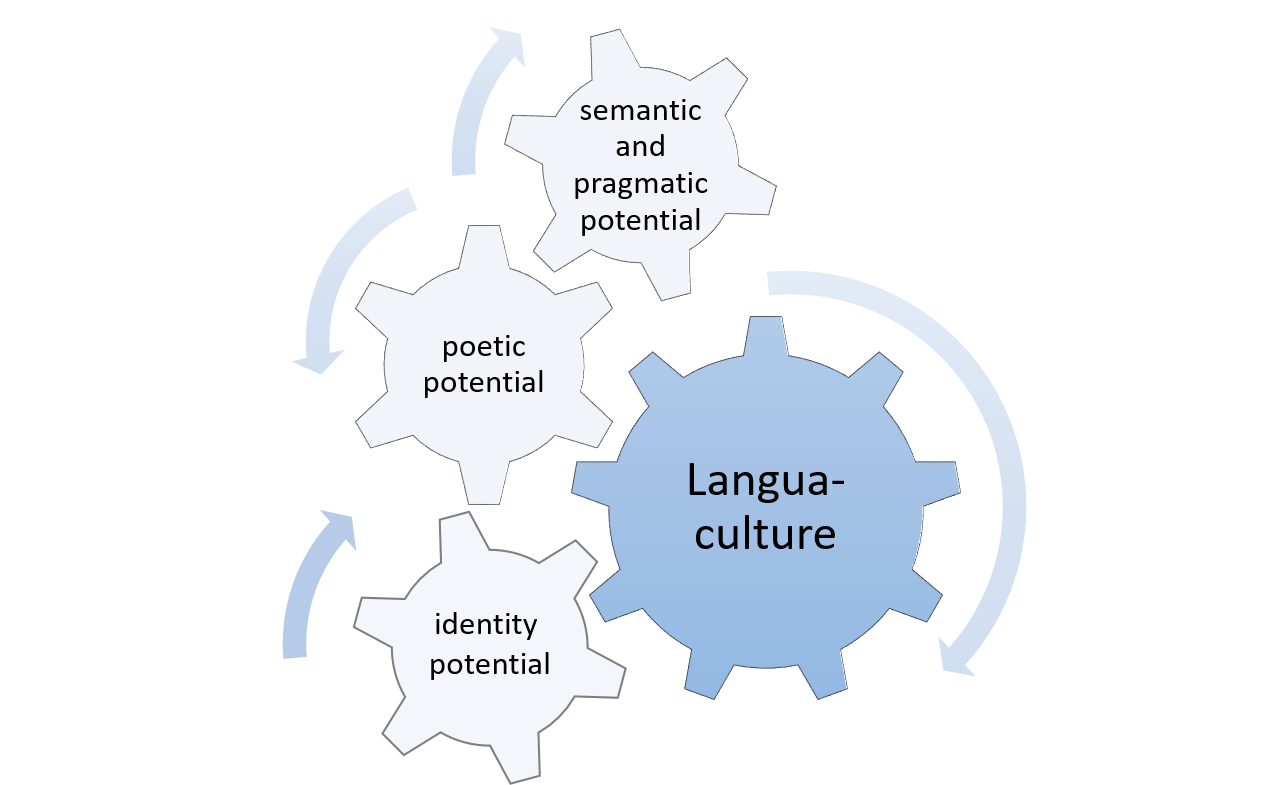 In conclusion we can say the (inter)cultural aspects are an integrated part of the translation activity, establishing links between the LC1 and the LC2.

The few reflections presented here, deserving a much wider development, show how the translated version of a text, theoretically, is the result of linguistic/cultural and extra-linguistic/extra-cultural constraints.

Every language has its own imagery, which contains a vision of the world. That’s why any translation strategy faces two essential dilemmas: biculturalism, which is even more important than bilingualism, for truly successful translation and the preservation of the local colour. Translating between cultures is a complicated and vital task. The translator, who is the mediator, have to study and take into account a great number of peculiarities related to history, social structure, religion, traditional customs and everyday usage. Translation requires profound knowledge of both the source text and the target text culture.

Risager, Karen. “Languaculture as a Key Concept in Language and Culture Teaching”. In: B. Preisler, A. Fabricius et al. The Consequences of Mobility. Roskilde: Roskilde University, 2005, p. 185-196. 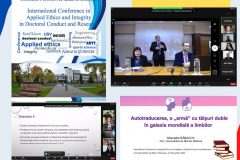 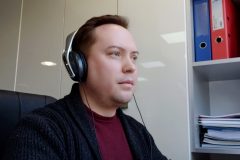